Installing an intruder alarm is a very effective way to reduce loss in the event of an intrusion. In order to ensure our system will meet with your requirements we will carry out a no obligation survey to assess the property to be protected and how the system will be installed.

We install systems in Domestic, Commercial and Industrial properties and our systems are installed to the relevant standards and meet the requirements of both the Police (APCOS) and the NSI (NACOSS).

We provide a number of packages for the monitoring and maintenance of your system to ensure that the correct response is given in the event of an activation.

We pride ourselves in the quality of our installations making sure that we go that little bit extra to ensure to system meets your requirements and will provide reliable operation for years to come.

Should you choose a police signalling system will be installed to the latest British Standards (PD6662) and incorporate the very latest technologies for intruder detection.

Keyholder response systems can allow neighbours, friends or a third-party monitoring service to check your property for the source of the alarm activation.

A wireless burglar alarm can be the best option if you want a security alarm that causes minimal disruption when installed.

Wireless alarms used to be viewed as less reliable than their hardwired counterparts, but these days they’re both stable and secure. Wireless burglar alarms are also quicker to install than a traditional system. A wireless system can also be moved and extended easily.

However, there are some downsides to wireless burglar alarms. The batteries that all the component parts run on will need to be replaced every couple of years, But it’s worth noting that this is increasingly rare and they’re much more reliable than they used to be.

A bell-only alarm is the most common type of burglar alarm system, and also the cheapest. As the name suggests, it sounds an audible alarm if the system is activated, usually with a strobe light flashing simultaneously as a visual cue to anybody outside.

This type of intruder alarm works well as a deterrent to stop the more opportunistic burglars, and the noise can often be sufficient to halt the less determined thieves. If you’re home, it will also alert you to a break-in and will make your neighbours aware of a problem.

The issue with an audible only burglar alarm is that many people will ignore it, much like a car alarm. And given that bell-only systems have to stop their external alarm after 20 minutes, this could mean that a break-in doesn’t get reported to the police. However, it should deter most burglars and is certainly better than no alarm at all.

Monitored home alarm systems communicate directly with an Alarm Receiving Centre (ARC). These centres monitor your alarm status with software, and are manned by staff who respond to the alerts.

There are different types of monitored burglar alarms:

This type of security alarm has a dedicated phone line that can only make outgoing calls. If your alarm goes off, it calls the ARC and sends it a secure data packet. The ARC team then contact registered key-holders or the police. The main downside of this type of system is that if the line is cut the alarm can’t call out.

Single path signalling. This system sends an alert via a mobile phone network, mobile data network or a phone line. The great strength of this type of burglar alarm is that the signal path is monitored, so if it is cut or tampered with then the system alerts the ARC.

These security systems are exactly the same as the previous type; only they also have a backup signal path to default to if there are any problems on the primary line.

Monitored alarm systems offer greater security and peace of mind, and are especially suited for remote properties or those that are vacated for long periods of time. However, you will have to pay an annual fee to the ARC, an annual maintenance contract for the alarm installer, and also other fees such as phone line rental. 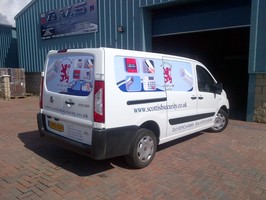